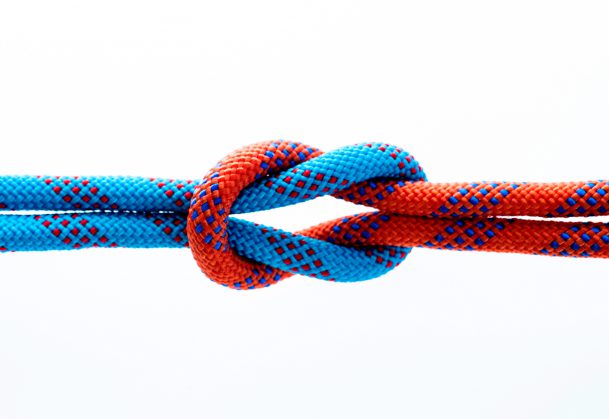 +The vow, what is it?!
When a person undertakes within himself or publicly, to do a certain thing or a specific obligation, upon doing it, he has fulfilled his vow. However, the word vow has taken a religious perspective over generations, becoming largely confined and directed towards God even if it was through the intercession of one of the saints. The pagans too, used to make vows for their idols to appease them and get what they wanted. But are our vows like theirs ?! Certainly not. Their worship was contaminated with impurity and adultery, so were their vows and sacrifices, because of their minds and demonic worship. Then what about our vows to the Lord ?!.
+ A vow’s condition and fulfillment:
If the vow was concerning a person that would become dedicated to the Lord as it was in the Old Testament, then there was a specific and well-known rite that he had to abide by throughout the days of his life, and if he violated the conditions of his vow, the grace of God would abandon him as in what had happened to Samson. ” The angel of the Lord appeared to her and said, “You are barren and childless, but you are going to become pregnant and give birth to a son. Now see to it that you drink no wine or other fermented drink and that you do not eat anything unclean. You will become pregnant and have a son whose head is never to be touched by a razor because the boy is to be a Nazirite, dedicated to God from the womb. He will take the lead in delivering Israel from the hands of the Philistines” ( Judges 13:3-5). We have seen how God’s strength left Samson when he betrayed his covenant and vow, when he allowed his hair to be cut, which was the symbol of his dedication. ” When Delilah saw that he had told her everything, she sent word to the rulers of the Philistines, “Come back once more; he has told me everything.” So the rulers of the Philistines returned with the silver in their hands. After putting him to sleep on her lap, she called for someone to shave off the seven braids of his hair, and so began to subdue him. And his strength left him.
Then she called, “Samson, the Philistines are upon you!” He awoke from his sleep and thought, “I’ll go out as before and shake myself free.” But he did not know that the Lord had left him” ( Judges 16:18-20).
Regarding John the Baptist, Archangel Gabriel told Zachariah concerning John” For he will be great in the sight of the Lord. He is never to take wine or other fermented drink, and he will be filled with the Holy Spirit even before he is born” ( Luke 1:15). And because John was committed to his vow, he became great among men, as Jesus has testified saying about him” I tell you, among those born of women there is no one

greater than John; yet the one who is least in the kingdom of God is greater than he” ( Luke 7:28).
And the vow must be fulfilled according to what has been pronounced by the person who vowed with regard to the place, time and all the criteria that has been specified by the person by mouth or in his hidden conscience, as it is in the Book of Numbers, where the Lord has commanded ” When a man makes a vow to the Lord or takes an oath to obligate himself by a pledge, he must not break his word but must do everything he said” ( Numbers 30:2)….” Whatever your lips utter you must be sure to do, because you made your vow freely to the Lord your God with your own mouth” ( Deuteronomy 23:23). Also David the prophet has spoken in his psalms saying” I will come to your temple with burnt offering and fulfill my vows to you—vows my lips promised and my mouth spoke when I was in trouble. I will sacrifice fat animals to you and an offering of rams. I will offer bulls and goats ” (Psalm 66:13-15)….” I will fulfill my vows to the Lord
in the presence of all his people, in the courts of the house of the Lord—in your midst, Jerusalem.Praise the Lord ” (Psalm 116:18-19). Also, it is not good to postpone or delay fulfilling the vow because it shows ignorance and disdain for the Lord.” When you make a vow to God, do not delay to fulfill it. He has no pleasure in fools; fulfill your
vow” ( Ecclesiastes 5:4)….” If you make a vow to the Lord your God, do not be slow to pay it, for the Lord your God will certainly demand it of you and you will be guilty of sin” ( Deuteronomy 23:21).
+ The seriousness of breaking a vow:
The Bible warns us of not fulfilling our vows to the Lord, as we have previously seen how the Power of God departed from Samson when he broke his vow, so we must be aware, truthful and able when we vow something to the Lord. The Book says” Do not be quick with your mouth do not be hasty in your heart to utter anything before God. God is in heaven and you are on earth, so let your words be few. A dream comes when there are many cares, and many words mark the speech of a fool. When you make a vow to God, do not delay to fulfill it. He has no pleasure in fools; fulfill your vow. It is better not to make a vow than to make one and not fulfill it” ( Ecclesiastes 5:2-5). And the danger of breaking a vow, not fulfilling it or changing its value is considered an underestimation of God and a lie to His Holy Spirit. For more information regarding this serious matter, it is appropriate for us to review the story of Ananias and Sapphira in the Book of
Acts( Acts 5:1-11).
+ Prudence in our vows:
Prudence is a very important matter. Perhaps the story of Jephthah al-Giiladi is a lesson for us that we do not rush to utter vows without prudence, whether it’s with our mouths or in our hearts. ” And Jephthah made a vow to the Lord: “If you give the Ammonites into my hands, whatever comes out of the door of my house to meet me when I return in

triumph from the Ammonites will be the Lord’s, and I will sacrifice it as a burnt
offering” ( Judges 11:30-31). And what a pity for his heart and the hearts of all people, for his daughter was the one who went out to receive him with tambourines and dances after is victorious return, but for the sake of his vow, he made a burnt offering” After the two months, she returned to her father, and he did to her as he had vowed” ( Judges 11:39).
+ Some examples of vowers:
There are too many examples of people who vowed to the Lord and fulfilled their vows. Jacob vowed to God while he was hiding from Esau, and the Lord appeared to him in Haran” Then Jacob made a vow, saying, “If God will be with me and will watch over me on this journey I am taking and will give me food to eat and clothes to wear so that I return safely to my father’s household, then the Lord will be my God and this stone that I have set up as a pillar will be God’s house, and of all that you give me I will give you a tenth” ( Genesis 28:20-22). We also see Hannah the mother of Samuel, when she vowed that her first born would be dedicated to God, and the Lord answered her prayers and gave her Samuel” In her deep anguish Hannah prayed to the Lord, weeping bitterly. And she made a vow, saying, “Lord Almighty, if you will only look on your servant’s misery and remember me, and not forget your servant but give her a son, then I will give him to the Lord for all the days of his life, and no razor will ever be used on his head” ( 1 Samuel 1:10-11). We also see Jonah when he was in the whale’s belly, when he prayed to the Lord and vowed” But I, with shouts of grateful praise, will sacrifice to you. What I have vowed I will make good. I will say, ‘Salvation comes from the Lord” ( Jonah 2:9). We also read in the Book about Saint Paul the Apostle” Paul stayed on in Corinth for some time. Then he left the brothers and sisters and sailed for Syria, accompanied by Priscilla and Aquila. Before he sailed, he had his hair cut off at Cenchreae because of a vow he had taken” ( Acts 18:18).
+ Vows, first fruits and tithes:
We should abide to these three towards God without negligence, so we can taste from the blessings of the Lord and His riches in our lives, homes and our children, saying with David the prophet” But who am I, and who are my people, that we should be able to give as generously as this? Everything comes from you, and we have given you only what comes from your hand. We are foreigners and strangers in your sight, as were all our ancestors. Our days on earth are like a shadow, without hope. Lord our God, all this abundance that we have provided for building you a temple for your Holy Name comes from your hand, and all of it belongs to you ” ( 1 Chronicles 29:14-16). And we hear the Lord’s promise” and see if I will not throw open the floodgates of heaven and pour out so much blessing that there will not be room enough to store it. I will prevent pests from