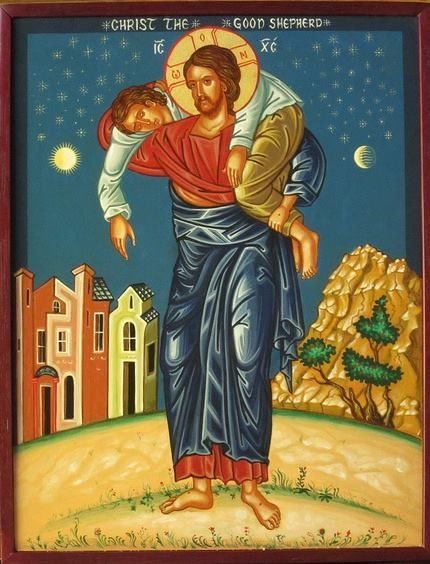 + He freed and redeemed us:

To be freed from sin is to be unleashed from it’s Control , it’s price and all it’s consequences . The first thing that you should know Is that there is no salvation from sin without Christ to whom is all glory , and saint Peter testified in front of all saying ” Nor is there salvation in any other, for there is no other name under heaven given among men by which we must be saved.” ( Acts 4:12). It is perhaps surprising that the Lord not only liberates but gave believers authority and dominion over sin and it’s deadly impacts , also over Satan . ” and to have power to heal sicknesses and to cast out demons ” ( Mark 3:14,15). God give his children this power to show his authoritative power to overcome sin and destroy it . ” And through the hands of the apostles many signs and wonders were done among the people. And they were all with one accord in Solomon’s Porch. Yet none of the rest dared join them, but the people esteemed them highly. And believers were increasingly added to the Lord, multitudes of both men and women, so that they brought the sick out into the streets and laid them on beds and couches, that at least the shadow of Peter passing by might fall on some of them. ” ( Acts 5:12,15) My beloved , I bring good news , the Salvation of the Lord , to those who believe in His Son and His Holy Spirit , the Lord Jesus Christ Himself came to this world in flesh from virgin Mary and died with and for us on the cross , and rose up from the dead for our salvation and by doing this : ” has abolished death and brought life and immortality to light through the gospel ” ( 2Timothy 1:10)…. And for the soul which was destroyed by sin , which lived in depression , sadness and lack of peace , as the scripture has said : “There is no peace,” says the Lord, “for the wicked.” ( Isaiah 48:22). The Lord has delivered us from this devastating impact on oneself when he said to us : ” Peace I leave with you, My peace I give to you; not as the world gives do I give to you. Let not your heart be troubled, neither let it be afraid. ” ( John 14:27) . We live in God’s peace ” and the peace of God, which surpasses all understanding, will guard your hearts and minds through Christ Jesus. ( Philippians 4:7). From this standpoint , we rejoice unhindered because the Lord has delivered us from sin and death . ” Rejoice in the Lord always. Again I will say, rejoice! ( Philippians 4:4). But what about our sad reality And our continuous fall into sin ?! We say with the apostle John ” If we say that we have no sin, we deceive ourselves, and the truth is not in us. ( 1John 1:8). But he continues opening the door of repentance , confession and communion for forgiveness and purification . ” If we confess our sins, He is faithful and just to forgive us our sins and to cleanse us from all unrighteousness. ( 1John 1:9). My dearest reader come with me to listen to John in Revelation in his dialogue with one of the twenty four elders ” Then one of the elders answered, saying to me, “Who are these arrayed in white robes, and where did they come from?” And I said to him, “Sir, you know. So he said to me, “These are the ones who come out of the great tribulation, and washed their robes and made them white in the blood of the Lamb. ( Revelation 7:13,14). Washed their robes refers to believing in Jesus Christ and baptism , made them white in the blood is the work or repentance , confession and communion given for us for remission of sin and eternal life to those who partake him Amen.