And we will be given a Son 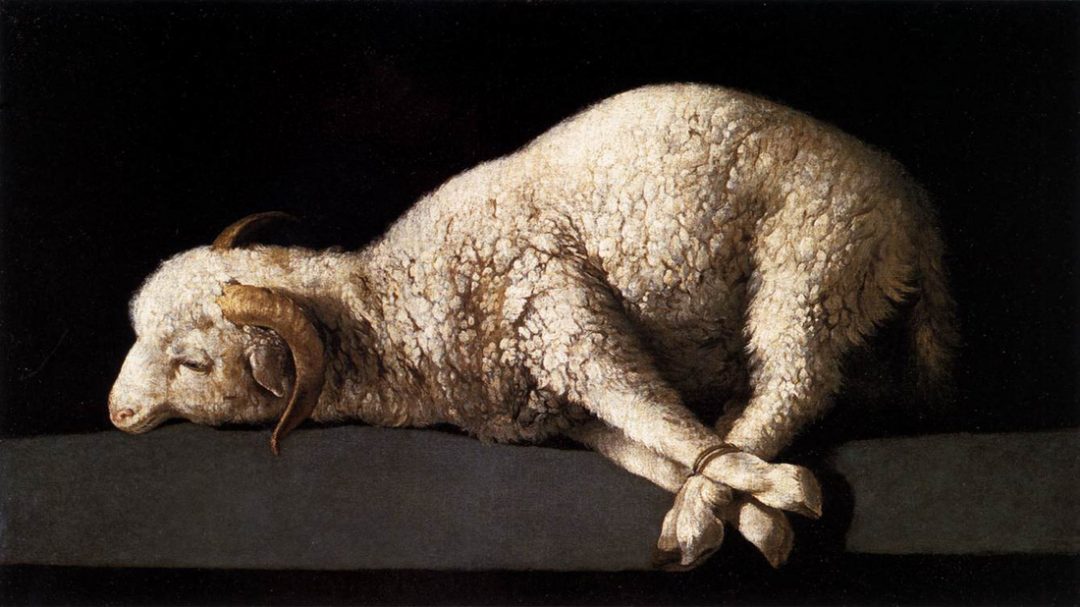 He is God without any doubt. For He has loved the world, and sent His only begotten eternal and beloved Son, His Mind, Word, Wisdom and His Creator power and Light. And with an everlasting love He has loved us our God the Father and sent us His everlasting mercy( The Son). Christ to whom is all Glory is the Son by nature and essence, Given to us by the Father Himself to unite with our humanity in an everlasting Union, indivisible . Jesus showed us this eternal union by saying ” I am with you always, even to the end of the age”(Matthew 20:28) Also in his prayer of intercession to the Father he announced ” That all of them may be one, Father, just as you are in me and I am in you. May they also be in us so that the world may believe that you have sent me” ( John 17:21).

Beloved, do you remember how Abraham offered his only beloved son as a sacriﬁce to God Without any hesitation in total submission to God, also the total submission of Isaac to his father without any objection or resistance ?! And when God saw that He forbid Abraham from laying his hands over his son and returned Isaac alive and safe to him. He promised to bless Abraham, and through his offspring ( Christ ) all nations would be blessed. Isaac was a symbol of Jesus Christ who obeyed the Father, offering Himself, taking our body and became man and was born in a manger, Taking the image of a slave and washing the feet of humanity represented in his disciples, Then He granted Himself to death by his own will to save the humanity, then He rose up from the dead for death could not defeat Him because He is the Life. God loved Abraham ﬁrst, and Abraham loved Him back, so God returned this love to all who came after Abraham by sending His Son, the saviour to Adam and all his seed ,anyone who believe and accept.

The wonder is that God gave us His Son to become our Son, that is why His name was wondrous, we hear Him talking, calling Himself the Son of God, and also the Son of man. That is the divine counteraction that Jesus united in His person, He is the Son of God having the same nature and essence since eternity, at the same time He is the Son of man by incarnation from the holy Virgin resembling man in everything except for sin. He has one nature of two United natures, like the Union of ﬁre and iron explained by St Cyril the Great. We see Him performing those great miracles and at the same time get hungry and tired and sleep and die BUT resurrect by the power of His divine nature. The Father has given us His Son incarnate so we can see Him ,touch Him, hear Him and live with Him and Him with us. Sharing our joy and sickness ,and He came among us tempted in everything so He can help the tempted. He did not ascend to His Father leaving us as orphans but sent us The Holy Spirit to stay with us and to comfort us. Also Jesus Christ after His death and resurrection was pleased to leave us His Body and His blood on the alter so that with the works of the Holy Spirit in the mystery of Communion we eat and drink His forgiveness and life, anchoring ourselves to Him and Him to us.

+Did we accept the gift from God?

When God said to the Samaritan woman “If you knew the gift of God and who it is that asks you for a drink, you would have asked him and he would have given you living water” ( John 4:10). Jesus was referring to Himself, for He is the Son of God sent by the Father to offer us the Living Water after forgiving our sins by shedding His blood on the Cross, so we could live and escape eternal death. As for the Samaritan who was representing the fallen humanity, she had to admit and confess her falling nature of her sin and repent then accept Jesus Christ the Son, leaving her water jar that had the water of thirst in her precedent life, and through her faith in the Saviour, the Messiah she converted from being a sinner to an Evangelist preaching in the name of Christ, the son of God, the Gift of God to us proceeding from His unlimited love to man.

We were given the Son of God to be in us, so have we given Him our hearts and lives which He had bought with His blood ?” Do you not know that your bodies are temples of the Holy Spirit, who is in you, whom you have received from God? You are not your own; you were bought at a price. Therefore honor God with your bodies” ( 1 Corinthians 6:19,20). God does not ask us for a price for His love which is priceless, He only asks us to accept His love and His Reign on our lives not as slaves but to partake in His glory and to free us to become real sons to Him, He accepted to adopt us through His only begotten Son Jesus Christ when we accept Him with faith an get baptized in His name so we rise with Him and live by His living word” Yet to all who did receive him, to those who believed in his name, he gave the right to become children of God” ( John 1:12).

Then have we accepted the thoughts of the Divine Son? Paul the apostle states that we as believers have the thoughts of Christ, and there is no other way to accept the thoughts Christ other than opening our thoughts to His Word in the Holy Gospel and submitting ourselves and obeying His commandments everyday, thereby changing to God’s image” And we all, who with unveiled faces contemplate the Lord’s glory, are being transformed into his image with ever- increasing glory, which comes from the Lord, who is the Spirit” ( 2 Corinthians 3:18). Let us know that the thought is the devil’s ﬁrst way in to man, but if the mind is full of Jesus then the devil and his thoughts, lies and seduction will not ﬁnd any place. Jesus said that in front of the whole world because He is Son of God and has everything that’s to the Father, He said ” I will not say much more to you, for the prince of this world is coming. He has no hold over me” ( John 14:30).

Finally, after believing in God and being baptized in the name of the Holy Trinity, living a life of repentance and obedience to the beloved Jesus then conﬁrming that by receiving communion of His Body and Blood to live by Him and in Him, accepting the Gift of the Father; Jesus Christ the saviour.