Let us rejoice and be glad in Him 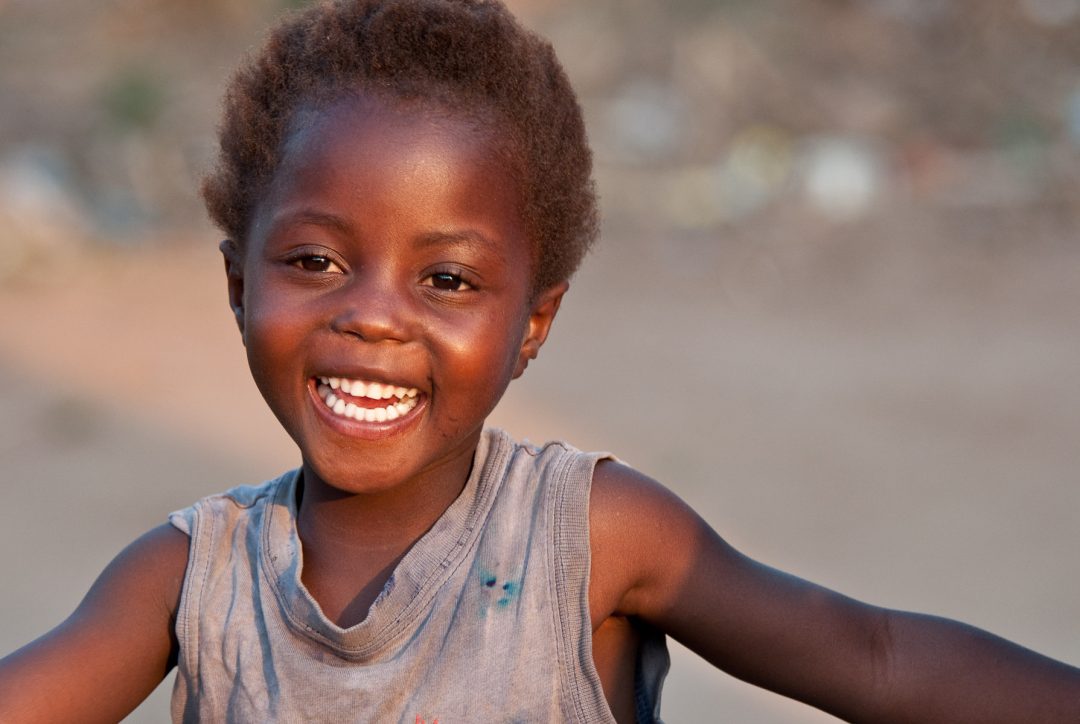 The Philistine leaders rejoiced after they arrested Samson and gouged his eyes out, humiliating him by tying him to a mill like a bull and bringing him to perform in front of the crowds in their celebrations and joys. And they went ” together to offer a great sacriﬁce to Dagon their god, and to rejoice. And they said: “Our god has delivered into our hands Samson our enemy!” ( Judges 16:23). But it was not a genuine or true joy, as their celebration ended with their destruction” Then Samson called to the Lord, saying, “O Lord God, remember me, I pray! Strengthen me, I pray, just this once, O God, that I may with one blow take vengeance on the Philistines for my two eyes!” And Samson took hold of the two middle pillars which supported the temple, and he braced himself against them, one on his right and the other on his left. Then Samson said, “Let me die with the Philistines!” And he pushed with all his might, and the temple fell on the lords and all the people who were in it. So the dead that he killed at his death were more than he had killed in his life” ( Judges 16:28-30).

My beloved, what about our celebrations and joys? How are they, where and with whom do we celebrate?! What do we wear, eat and drink and what do we hear and see and how do we express our joys?! Then, is the Lord present or will satan his enemy be the “Maestro” of the evening?! I fear, my brethren, that our joys would be in the presence of ” Dagon” ; the symbol of satan who was murderous to humans since the beginning. And just as the philistine’s raucous celebration ended up with death, we would have the same scale for our joys, for the joys of the world- which was put under the control of the the evil one- always end in death. And death does not refer to the physical death but to the moral death which is felt within, a bitter sense of guilt and the false reality of joy on this earth, which costs us money, time, fatigue and nervous tension. The Book of Job sums it up saying” the triumphing of the wicked is short, And the joy of the hypocrite is but for a moment? Though his haughtiness mounts up to the heavens, And his head reaches to the clouds” ( Job 20:5-6).

And sometimes we rejoice when we extort and get what is not ours. This is also false joy, only for a moment. Let us observe what king Ahab and Jezebel his wife did when he wanted to include to his big garden the vineyard of Naboth the Jezreelite, which was adjacent to the king’s garden, and when Naboth refused to give up his father’s inheritance at any price, the king was enraged and his wife plotted an evil plan, through lies and tampering which lead to the death of Naboth the Jezreelite by stoning. The evil plot was fulﬁlled and the wicked wife came to her husband with false joy, telling Ahab to” “Arise, take possession of the vineyard of Naboth the Jezreelite, which he refused to give you for money; for Naboth is not alive, but dead.” ( 1 Kings 21:15). But immediately, the word of God came to Elijah saying” You shall speak to him, saying, ‘Thus says the Lord: “Have you murdered and also taken possession?”’ And you shall speak to him, saying, ‘Thus says the Lord: “In the place where dogs licked the blood of Naboth, dogs shall lick your blood, even yours.”’” So Ahab said to Elijah, “Have you found me, O my enemy?” And he answered, “I have found you, because you have sold yourself to do evil in the sight of the Lord: ‘Behold, I will bring calamity on you. I will take away your posterity, and will cut off from Ahab every male in Israel, both bond and free. I will make your house like the house of Jeroboam the son of Nebat, and like the house of Baasha the son of Ahijah, because of the provocation with which you have provoked Me to anger, and made Israel sin.’ And concerning Jezebel the Lord also spoke, saying, ‘The dogs shall eat Jezebel by the wall of Jezreel” ( 1Kings 21:19-23). Let us beware of the false joy by ripping off the shares of others, especially the poor and the needy and those who work for us. Let us fear the Lord who watches. Do not allow yourselves to rejoice in falsehood, with ill-gotten money or illicit sexual relations, thinking foolishly” Stolen water is sweet, And bread eaten in secret is pleasant.” ( Proverbs 9:17).

Then I say, woe to our joy in handing over Christ and selling Him for the lowest price. Come and see with me the terrible scene of the high priests and soldiers with judas the traitor and the deal of the devil to deliver the Lord to slaughter” Then Satan entered Judas, surnamed Iscariot, who was numbered among the twelve. So he went his way and conferred with the chief priests and captains, how he might betray Him to them. And they were glad, and agreed to give him money” ( Luke 22:3-4). We know how they all ended, Judas hanging himself and the Jews along with their priests were killed and their blood was mixed with the blood of their sacriﬁces at the hands of Titus the Roman leading to the destruction of Jerusalem and the temple in the year 70AD. Let us beware of the temptation of the devil for us to deliver the Lord through impermanent joys, that end in death and destruction.

The Book tells us that the disciples rejoiced when they saw the Lord( John 20:20). Here we see a radical shift from sadness and despair to a joy that is not uttered and glorious. Resurrection in the life of a believer is the power of true joy. Come together and see how Peter, who denied Jesus, who swore and cursed that he did not know Jesus before the servants, this terriﬁed fugitive, hiding with the disciples in the upper room, which has been secured with iron locks, and how then he went forth in front of thousands of Jews, witnessing the resurrection of the Lord, offering his life as a witness to the resurrection of the Lord. The joy of resurrection conquers fear and death. Listen to him saying on the day of Pentecost before all” Men of Israel, hear these words: Jesus of Nazareth, a Man attested by God to you by miracles, wonders, and signs which God did through Him in your midst, as you yourselves also know— Him, being delivered by the determined purpose and foreknowledge of God, you have taken by lawless hands, have cruciﬁed, and put to death; whom God raised up, having loosed the pains of death, because it was not possible that He should be held by it….God had sworn with an oath to him that of the fruit of his body, according to the ﬂesh, He would raise up the Christ to sit on his throne, he, foreseeing this, spoke concerning the resurrection of the Christ, that His soul was not left in Hades, nor did His ﬂesh see corruption. This Jesus God has raised up, of which we are all witnesses” ( Acts 2:22-32).

We can not become witnesses to the Lord in our lives if we haven’t tasted the joyful power of His resurrection in us. And the resurrection we have received through our death, burial and resurrection in Baptism” buried with Him in baptism, in which you also were raised with Him through faith in the working of God, who raised Him from the dead” ( Colossians 2:12). However, the power of the death of the Lord and the Joy of His resurrection in us through baptism requires constant activation, that we live our lives in faith that works with love every day. This comes through the continuos submission to the commandments of the Holy Bible, a life of repentance, confession and the communion of the Lord’s body and blood. This makes us savor the joy of the Lord’s resurrection in us” you rejoice with joy inexpressible and full of glory” ( 1Peter 1:8). The Book says” Your words were found, and I ate them, And Your word was to me the joy and rejoicing of my heart; For I am called by Your name, O Lord God of hosts” ( Jeremiah 15:16). ” As the living Father sent Me, and I live because of the Father, so he who feeds on Me will live because of Me” ( John 6:57).

It is the new life of joy that we enjoy by rejecting sin and the joys of satan and the false world, that we may walk in the path of life, not death, and rejoice our repentance and return to the Heavenly Father. The instant we fall, we rise up again by the power of resurrection in us saying” Do not rejoice over me, my enemy; When I fall, I will arise; When I sit in darkness, The Lord will be a light to me” ( Micah 7:8)…. It is the work of our reborn in Baptism which is a continuation of the death of our old selves and our resurrection in and with the Lord” Therefore we were buried with Him through baptism into death, that just as Christ was raised from the dead by the glory of the Father, even so we also should walk in newness of life” ( Romans 6:4).

Whoever has the resurrection of the Lord in his life should rejoice at all times, especially when He comes in eternal glory” Rejoice in the Lord always. Again I will say, rejoice!” ( Philippians 4:4). Even if we encounter the pain of this present time and the oppression of satan during our life on earth because we are to Christ; listen to what pleases our hearts from saint Peter the apostle when he says” but rejoice to the extent that you partake of Christ’s sufferings, that when His glory is revealed, you may also be glad with exceeding joy” ( 1Peter 4:13).