The accepted year of the Lord 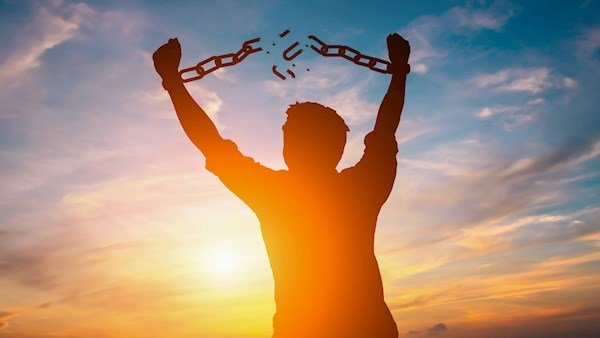 :The Lord called for it
It is appropriate for us, my beloved ones, now that we have begun a new year, to reflect together on the meaning of an accepted year of the Lord. It is a clear prophecy of the Lord Jesus who the Father will send to the world out of His excessive love, to announce this blessed year. Thus Isaiah the prophet says” The Spirit of the Sovereign Lord is on me, because the Lord has anointed me to proclaim good news to the poor. He has sent me to bind up the brokenhearted, to proclaim freedom for the captives and release from darkness for the prisoners, to proclaim the year of the Lord’s favor and the day of vengeance of our God,
to comfort all who mourn. ” (Isaiah 61:1-2).
And returning to the Book or Leviticus, we hear about the year of the Jubilee” Consecrate the fiftieth year and proclaim liberty throughout the land to all its inhabitants. It shall be a jubilee for you; each of you is to return to your family property and to your own clan. The fiftieth year shall be a jubilee for you; do not sow and do not reap what grows of itself or harvest the untended vines. For it is a jubilee and is to be holy for you; eat only what is taken directly from the fields”. ( Leviticus 25:10-12). Showing how Jesus came to release those who are under the captivity of satan, sin and death. It is the year of forgiveness, and freedom to the debtors, a year for the poor in spirit and those who have fallen under themselves from the greatness of their humility, humbleness and the weakness of their humanity in front of the forces of death and satan. Do you not remember, my dear reader, the woman who Christ healed from her weakness?!! Our teacher Luke says” and a woman was there who had been crippled by a spirit for eighteen years. She was bent over and could not straighten up at all. When Jesus saw her, he called her forward and said to her, “Woman, you are set free from your infirmity”. ( Luke 13:11-12). And when some objected to her healing on the Sabbath, the Lord indicated that she was bound by satan” Then should not this woman, a daughter of Abraham, whom Satan has kept bound for eighteen long years, be set free on the Sabbath day from what bound her? ( Luke 13:16). Here we observe the fulfillment of the prophecy in the Person of Jesus Christ, who freed this poor woman from the slavery and the domination of satan over her, and thus releasing her with His power from the captivity of satan’s prison, looking at her as being the whole humanity that would be freed from the bonds of Satan and death.
Today, God is still calling for the accepted year of the Lord in which He delivers to us the good news to rejoice in His salvation. With His arms extended to our hearts that were broken by sin and desperation, healing them and if necessary, He is ready to create In us a new pure heart filled with joy, peace and tranquility. He is the same yesterday, today and forever, with His immeasurable power and riches. He is able to free us from all kinds of addictions to sin, no matter how long the captivity lasts, He is still working until now and His Heavenly Father also “My Father is always at his work to this very day, and I too am working.” ( John 5:17). We just have to handover the matter to Him willingly” for it is God who works in you to will and to act in order to fulfill his good purpose” ( Philippians 2:13). And then after that we obey His commandments which He will help us to fulfill.

Come together, pledging to God that this New Year be an accepted year before Him. Leaving Him to direct our lives towards His Holy Spirit according to His Gospel, and guiding us on a journey of liberation from all sins and grazing with pigs in satan’s world. There is still a chance for us to return and repent, as long as the Lord has given us a new opportunity and a new year in our lifetime on this earth. Let us kneel before Him in an open prayer with true repentance like the repentant son in the arms of his Heavenly Father” The son said to him, ‘Father, I have sinned against heaven and against you. I am no longer worthy to be called your son” ( Luke 15:21).

What does the Lord also want from us in accepted year of the Lord?! We read my beloved, in the Gospel according to Saint Mark, about Christ saying” The time has come,” he said. “The kingdom of God has come near. Repent and believe the good news!” ( Mark 1:15). From this verse it is very clear to us that the Lord is speaking about a time that has been completed, that is, a start of a new time. The beginning of Jesus’s time has divided the time into two and the testaments into two, the time before Christ is the time of man with its years, months, days, hours, minutes and seconds, limited and captivating to man under its tyranny which have folded many years and buried generation after generation. For man’s time and death never part from each other. And perhaps we can call the time before the fall of Adam and Christ the rejected lost years, so that the accepted year of the Lord comes, with Christ linking it to the eternal kingdom and the life with God outside of the captivation of earthly time. Therefore, the accepted year of the Lord is the year that’s lived after the incarnation of Christ and to eternity. Transforming our limited earthly years into a Lord’s accepted year, for every prayer from the heart gives us an entry into the eternal time of the Lord. Every giving, all love for the Lord and for others immediately lead us into the accepted year of the Lord, and every reading in the Bible and contemplation transfers us from the Old Testament to the New Testament and from death to life in the presence of God in whom is eternal life. Do you believe that offering a cold glass of water to a thirsty man can make you inherit eternal life? “Then the King will say to those on his right, ‘Come, you who are blessed by my Father; take your inheritance, the kingdom prepared for you since the creation of the world. For I was hungry and you gave me something to eat, I was thirsty and you gave me something to drink, I was a stranger and you invited me in, I needed clothes and you clothed me, I was sick and you looked after me, I was in prison and you came to visit me. ( Matthew 25:34-etc).
Let us be wise:
If we know now that we are living in the accepted year of the Lord, then let us pay attention, for the Lord is calling us and extending His arm, and salvation to all who accept Him, releasing them from bondage and freeing them from prison, sanctifying and giving them what is for the sons. That is why we hear this warning” “Today, if you hear his voice do not harden your hearts.” ( Hebrews 4:7)… ” Therefore, since the promise of entering his rest still stands, let us be careful that none of you be found to have fallen short of it” ( Hebrews 4:1). Many wasted years have passed by us, out of the range of God’s accepted year, it maybe due to lack of faith, or due to stupid lusts that we run after, love of money or people more than God or because of hatred that have possessed our hearts and have ended every act of grace within. My beloved, If you discover any of these things in your life, anything which is out of God’s time, then listen to the Words of the Book” Be very careful, then, how you live—not as unwise but as wise, making the most of every opportunity, because the days are evil” ( Ephesians 5:15-16). Saving the time is

the true awakening as the Spirit directs us through the words of Saint Paul” The hour has already come for you to wake up from your slumber, because our salvation is nearer now than when we first believed. The night is nearly over; the day is almost here. So let us put aside the deeds of darkness and put on the armor of light. Let us behave decently, as in the daytime, not in carousing and drunkenness, not in sexual immorality and debauchery, not in dissension and jealousy. Rather, clothe yourselves with the Lord Jesus Christ, and do not think about how to gratify the desires of the flesh” ( Romans 13:11-14).
Wisdom also teaches us that the accepted year of the Lord is the time of the first resurrection that we live with Lord at the present time, in which sin has no authority over us. ” Blessed and holy are those who share in the first resurrection. The second death has no power over them, but they will be priests of God and of Christ and will reign with him for a thousand
year” ( Revelation 20:6). If we fall, we repent and return quickly and confess our sins” If we confess our sins, he is faithful and just and will forgive us our sins and purify us from all unrighteousness” ( 1 John 1:9). Moreover, through communion of the body and blood of Christ, we receive forgiveness and eternal life. Then the good tidings of the Lord in His accepted year will turn in us into a preaching power in Him who has called us from darkness into His wondrous light. ” For whenever you eat this bread and drink this cup, you proclaim the Lord’s death until he comes” ( 1 Corinthians 11:26). From here, we cry with David the prophet and call everyone saying” Taste and see that the Lord is good, blessed is the one who takes refuge in
him” ( Psalms 24:8).